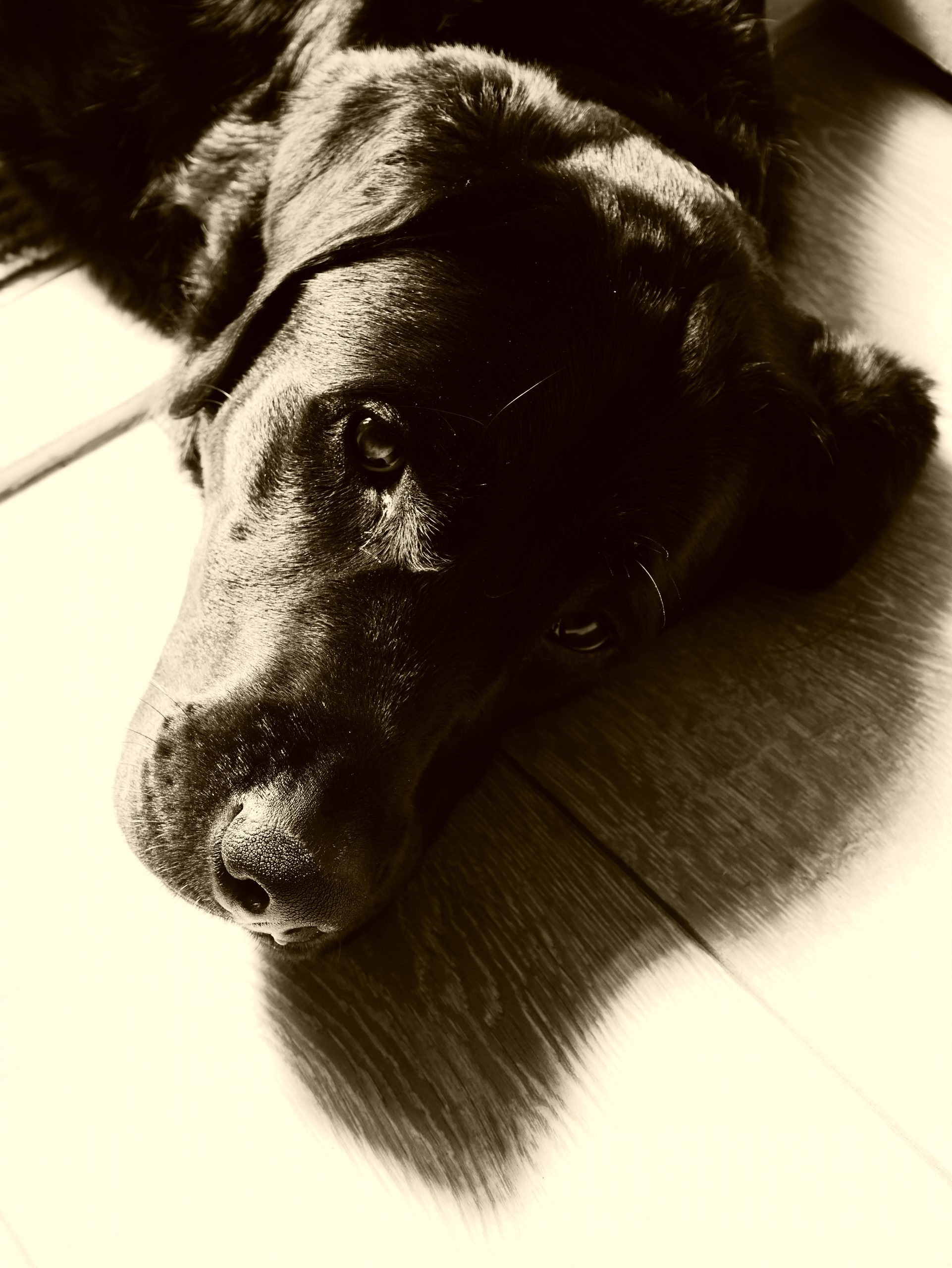 I recently picked up this nifty ‘new’ camera, the Panasonic GX80 (or GX85 if in USA), after getting the notion into my head that I wanted to do more photography, but noticing that I often neglect to bring my Nikon D7100 with me on more occasions. I’ve lamented on a few occasions not having anything more than my phone with me, and whilst that’s better than nothing, my OnePlus 7T Pro really doesn’t give me what I’d like.

I still have a Panasonic Lumix G3, also an MFT mirrorless. In fact it was my first ‘proper’ camera, and I really got a lot of use out of it, including getting adaptors for old lenses and picking up some good glass for cut prices. However, it became largely superceded when I got my Nikon D7100 a few years later, and I found the sensor produced images that were just too soft. The Nikon was just so much sharper and I always felt much happier with the images I captured.

However, the Nikon is *big*. Although it is an APS-C sensor, it has a beefy body and proportional lenses. I had to invest in a different shoulder strap just because it hurts to carry it on my neck for too long, and even that strap I’m not super enamoured with – it was cheap on Amazon. As a result, this generally means that I bring it with me only when I know I’m going to be taking some proper pictures; events, specific parts of holidays, landscape shoots and so on.

In short, I wanted a new “B” camera, one more recent than my 2011 G3, with a compact form factor and design, that maybe would work with my existing backcatalogue of lenses and adaptors, and wouldn’t cost much so that I’d not worry about slinging it around me when I’m randomly out and about. Initially, I scoped out an APS-C Sony on Facebook Marketplace but, whilst the price was right, it didn’t work out; the camera was in worse shape than I’d been led to believe, and the listing was wrong on the lens.

Okay, so what happened?

Okay, first off, technically I didn’t buy this “new”. When the Sony fell through, I started scoping out what was on ebay, and the Panasonic GX80 came up on reviews and such. I started doing a bit of research and it was still really well considered even in 2020, and as a MFT it works with the older lenses I have from the G3 as well as the weird adapted lenses I picked up along the way. And the form factor was perfect!

After floating around on ebay and getting frustrated at some listings going above my desired price point (ideally £200, with a pancake or small form factor lens) I spotted the above on ebay, a relisting from a previous failed attempt, with no bids, starting bid £200, and only one day left. I’m not sure why; as routinely the camera was selling for £200-300 with the 12-32mm lens above, and that was used. My listing was “opened but unused”! I can only assume that the problem was the seller’s naming – he had it labelled as GXC80, and I think the ‘C’ in the middle, as well as being wrong (this is the ‘K’ kit lens) is in the wrong place, it should be after the 80.

It was a £200 starting bid or best offer, free postage (1st class), and seeing it with less than a day and knowing what some of the other auctions were at, I best-offered £220. I was unsure, thinking that bidding might prevent me being undercut, and maybe get cheaper given it was a relist and so on.
The seller counter-offered with £250, and even though I might have got it cheaper by bidding, I accepted on the basis it was unused and I asked that the seller bump the postage to special delivery, as much for his safety of compensation, which he did, and even with a coronavirus delay, arrived the day after next. My next best option, from a camera shop selling used on ebay, had already went to £270 on its bids!

What did I get?

Well, when the seller said it was opened but unused, I thought that might have been an exaggeration. Happily, I was wrong! It came with its box, all the inserts, charger, lens cap, strap that looked like it had never been unfurled. The shutter had literally 52 shots, and the camera powered on 37 times – it really was unused. What’s more, the seller included a 32GB Class 10 SD card. Result!

First thing I did was update the firmware, just because.

Fantastic. It’s exactly what I wanted, a compact body but a recent sensor, a price I won’t care about slinging it around, and works with my odd old lenses.

I’m having to relearn the Panasonic Lumix control scheme, but it has a good touchscreen and clear menus. The old G3 UI has been coming back to me. The weight is great, it feels hefty without being heavy on my neck or shoulder, and the grip is great in my hands. I’ve had no issues reaching all the controls. I might need to tweak the auto-EVF setting as I keep disabling the screen by moving my fingers near the EVF proximity sensor but generally, it feels nice in the hand. The kit 12-32mm lens is sharp and compact so will make a good go-to lens for general everyday stuff.

I’ve been relying on the dog we’re minding for some of my test shots, and I have been using some of the in-body auto and scene modes for the below, but sure…

Too much praise; what’s bad?

Well, battery life isn’t astounding. Taking shots is fine, but any use of wi-fi really eats the battery. Charge time is pretty long too, at about 160 minutes for a full charge from empty.

Whilst I’m on wi-fi, the wi-fi system used here is not great. In fact, it’s abysmal. It’s finicky to navigate and enter passwords, temperamental at connecting to a phone, because a phone rightly thinks this weird network to which it has been asked to connect has no internet. Wi-fi direct didn’t seem to work on any device I tried. I did get the ‘Image App’ working eventually but it feels super old and not well optimised, feeling more like something from Android 4 than today. An obscure “Lumix Club” system for linking to Twitter and Flickr requires you to visit a website on PC that looks like it was made in the early 2000s. Moreover, if you want to tweet images, you can’t edit the tweet. It just sends the filename and the photo. WHAT.

Next, it’s “only” a 16MP sensor – that seems low compared to my Nikon D7100 at 24MP, and maddening when I tell you it’s no better than my much older G3. However, the detail is great and I have no concerns about getting good crops or enlargements. It also lacks the moire filter on the sensor, unlike the G3, so sharper images.

Another negative is in my process; although it uses the same RW2 extension as my G3 did, evidently it is different behind the scenes, because my ageing version of Lightroom 5 can’t import it. I instead have to do a slightly convoluted conversion to DNG using Adobe DNG Converter, before importing into Lightroom. I don’t want to move to Adobe CC and pay a fortune, no thanks.

I suppose I should add that the micro four thirds system might be, in the view of some, *dead*. But, for me, that means a great deal and some cheap lenses in the future, and again as a camera designed to be a ‘B’ camera and portable, I’m okay with the tradeoff.

I got this on a steal; £250 for pretty much brand new in box, kit lens, with 32GB high-speed SD card. That’s nothing for what this is. I’ve had it on my shoulder for all my dog-walks and government-approved exercise ever since it arrived.

In short, for what I wanted, it’s pretty perfect. I’m super happy with it, having since sold my cracked Galaxy S9+ and Samsung VR headset for £240, so I pretty much traded a broken phone and a VR headset I can’t use, for a new camera I will be carrying around with me for the forseeable future.